A History of Disease in Ancient Times by Philip Norrie TITLE:  A History of Disease in Ancient Times: More Lethal Than War

"This book shows how bubonic plague and smallpox helped end the Hittite Empire, the Bronze Age in the Near East and later the Carthaginian Empire. The book will examine all the possible infectious diseases present in ancient times and show that life was a daily struggle for survival either avoiding or fighting against these infectious disease epidemics. The book will argue that infectious disease epidemics are a critical link in the chain of causation for the demise of most civilizations in the ancient world and that ancient historians should no longer ignore them, as is currently the case."

Dr. Philip Norrie has produced a delectable book that explores the way in which infectious diseases affected the course of ancient Mediterranean and Near Eastern history.  I get the impression this book is the result of the author’s doctoral thesis rewritten into a book.  A wealth of interesting and new (to me) information was provided, without personal asides or irrelevant commentary.  The author presents evidence for epidemic impacts from a variety of sources – historic, archaeologic, linguistic, medical, social, anthropological and economic.  Author makes use of the available evidence to prove his hypothesis.  Speculation is kept to a minimum and clearly explained when necessary.

The general hypothesis is that most major changes in the Ancient world were precipitated by infectious disease epidemics.  Dr Norrie also succeeded in illustrating that disease can have a significant impact on major historic events.  The author makes use of several examples such as the end of the Hittite Empire, the end of the Near Eastern Bronze Age in c.1200 B.C., the end of Carthage; and interesting anomalies in Ancient Egypt during the reign of Amenhotep III.   The type of infectious disease causing the epidemic is also examined.  Dr Norrie shows the reader that disease, in the form of several infectious disease epidemics, fits the medical model to explain three factors about the end of the Bronze Age:  (1) the short time frame of the Catastrophe; (2) the mass migrations of the general population but also the “Sea Peoples”; and (3) the abandonment of cities during the Catastrophe.  This book offers new perspectives, possibilities and insights into the role that epidemics played in ancient Near Eastern and Mediterranean history.  I find Dr Norrie’s arguments convincing and logical.

Dr Norrie is also at pains to emphasise the lack of attention that ancient historians have given to the effect of epidemics.  In the author’s own words, he hopes that, “ in future, ancient historians consider the potential role of infectious disease in the histories they research and subsequently write.  If disease is not considered and is ignored, as is the current situation, then the resultant history may be incomplete and thus flawed; because you cannot administer or feed let alone defend your empire if your citizens are dying en-masse due to an infectious disease epidemic”.

This isn’t just a dry thesis on ancient epidemics, but a text full of interesting information, and personal history (where possible).  Who knew that Ramses V had smallpox, or there are Egyptian wall murals showing polio sufferers with leg braces?  Or that the Hittites used tularemia (rabbit fever) infected sheep as the first form of germ warfare 3200 years ago.  Or that the bubonic plague might have been carried to Egypt from India via a trade vessel? Or that Amenhotep III moved his capital from the plague infested river side to the middle of the desert?  Or that Carthage would have conquered the Mediterranean except for all the diseases that decimated the Carthagian army in Sicily.

This book has a juicy selection of references and a variety of notes, as well as a section on the heart-rending Plague Prayers of the Hittite King Mursili II pleading with the gods to save his people from the pestilence afflicting them and ruining his kingdom.

Dr. Norrie has published an interesting, clearly-written, perfectly understandable, concise piece of research.  I look forward to whatever he publishes on his current research topic - the role of disease in the demise of the Sumerian and Indus Valley Civilizations. 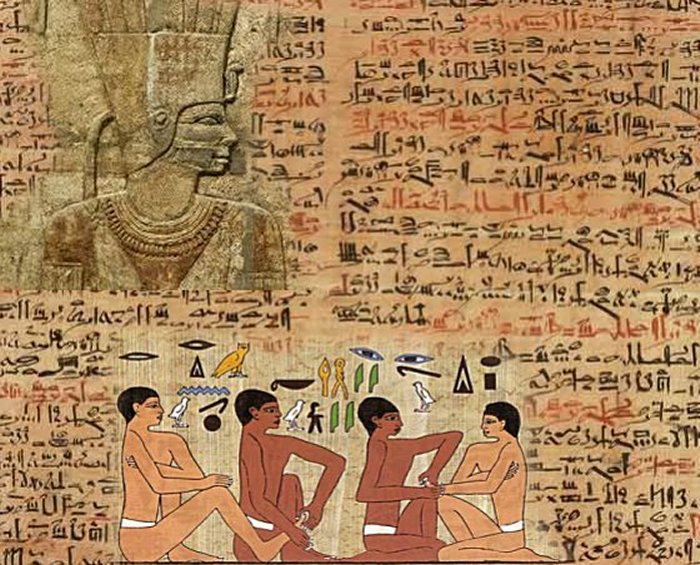