Act III of Macbeth, in which Banquo wonders about the future; Macbeth plans murder (again), this time by proxy; Macbeth takes charge of decision making; the Macbeths' seem to be having marriage issues; a murder is bungled; Macbeth has ghostly hallucinations at a formal banquet and makes a fool of himself; MacDuff makes himself inconspicuous; Hecate chastises the witches for leaving her out of their plans; and the other lords are suspicious of Macbeth's involvement in the murders.  Macbeth is quite clearly loosing his sanity and his power.  At school the discussion came up that Macbeth was loosing his humanity, but since humans seem to be rather fond of rape, mayhem and murder, I don't really agree with this.  Shakespears use of lighting (setting sun, torches, the striking out of the light) to contrast "good" and "bad" characters is also interesting and sets an ominous mood.

Just out of curiousity:  does Macbeth have a first name since MAC means "son of"?  The Macbeth of the play is supposed to be based on Mac Bethad mac Findláich. 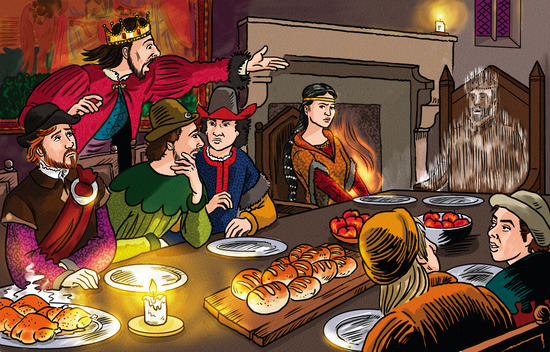