The second Act of Macbeth deals with King Duncan's murder - the preliminary planning, the immediate consequences of the deed, the discovery of the murder, the flight of Duncan's sons, and the election of Macbeth as king.  We don't actually get to see/read about the murder.  Macbeth is getting a bit paranoid and delusional in this act - seeing visions and hearing things.  It's a bit late to grow a conscience after your commited the murder.  What I find interesting in the symbolic use of birds in this Act.  The owl hunting the falcon, the ravens on the battlements, hooting owls, the crowing cock, etc.

AUDIOBOOK NOTE:  I found the porter's performance to be absolutely hilarious! 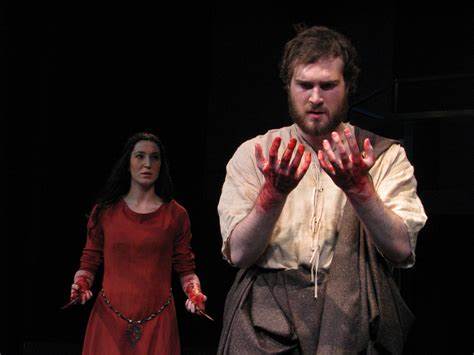