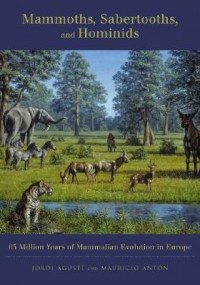 "Mammoths, Sabertooths, and Hominids takes us on a journey through 65 million years, from the aftermath of the extinction of the dinosaurs to the glacial climax of the Pleistocene epoch; from the rain forests of the Paleocene and the Eocene, with their lemur-like primates, to the harsh landscape of the Pleistocene Steppes, home to the woolly mammoth. It is also a journey through space, following the migrations of mammal species that evolved on other continents and eventually met to compete or coexist in Cenozoic Europe. Finally, it is a journey through the complexity of mammalian evolution, a review of the changes and adaptations that have allowed mammals to flourish and become the dominant land vertebrates on Earth.

With the benefit of recent advances in geological and geophysical techniques, Jordi Agust? and Mauricio Ant?n are able to trace the processes of mammalian evolution as never before; events that hitherto appeared synchronous or at least closely related can now be distinguished on a scale of hundreds or even dozens of thousands of years, revealing the dramatic importance of climactic changes both major and minor. Evolutionary developments are rendered in magnificent illustrations of the many extraordinary species that once inhabited Europe, detailing their osteology, functional anatomy, and inferred patterns of locomotion and behavior. Based on the latest research and field work, Mammoths, Sabertooths, and Hominids transforms our understanding of how mammals evolved and changed the face of the planet."

This book takes a look at what was going on with mammal evolution, and to a lesser degree climate, in Europe during the Cenozoic Age.  There are numerous black & white sketches and a collection of colour plates.  The writing is rather technical with an empahsis on fossil teeth and the differences in teeth between the various species/families of mammals.  The run-on paragraphs about a vast quantity of mammals with names in italics (can't be helped since these animals don't have common names) also makes things somewhat tedious.  The lack of maps does not help much either.  In short, an interesting, but technical, overview of what was going on in Europe during the Age of Mammals, but something that would probably appeal more to a paleontologist or a dentist with an interest in prehistoric mammals.

If you want a more comprehensive, useful and world-wide overview of the Age of Mammals, I recommend "End of the Megafauna: The Fate of the World's Hugest, Fiercest, and Strangest Animals by Ross D.E. MacPhee". 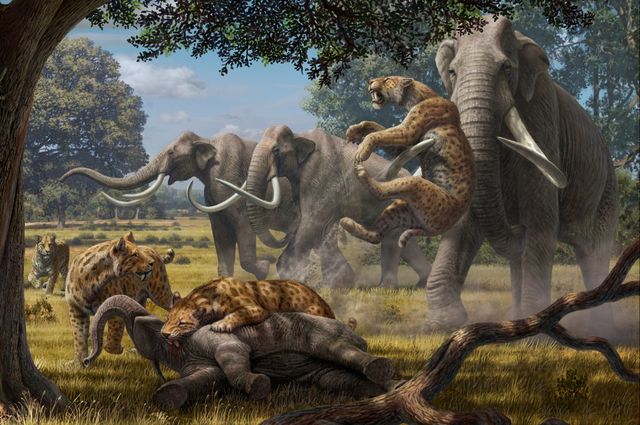 NOTE:  Book slightly outdated since there has been much research and new evidence and hypotheses since 2002.