... in which we learn about the opium wars and how this relates to morphine, nicotine, caffeine and chocolate and how these molecules funtion.

"Opium contains twenty-four different alkaloids. The most abundant one, morphine, makes up about 10 percent of crude opium extract, a sticky, dried secretion from the poppy flowerpod. Pure morphine was first isolated from this poppy latex in 1803 by a German apothecary, Friedrich Serturner. He named the compound that he obtained morphine, after Morpheus, the Roman god of dreams. Morphine is a narcotic, a molecule that numbs the senses (thus removing pain) and induces sleep."

"Investigation into why morphine and similar alkaloids are such effective pain relievers suggests that morphine does not interfere with nerve signals to the brain. Instead it selectively changes how the brain receives these messages—that is, how the brain perceives the pain being signaled. The morphine molecule seems able to occupy and block a pain receptor in the brain, a theory that correlates with the idea that a certain shape of chemical structure is needed to fit into a pain receptor."

"There are at least ten alkaloids in tobacco, the major one being nicotine. The content of nicotine in tobacco leaves varies from 2 to 8 percent, depending on the method of culture, climate, soil, and the process used to cure the leaves. In very small doses nicotine is a stimulant of the central nervous system and the heart, but eventually, or with larger doses, it acts as a depressant. This apparent paradox is explained by nicotine’s ability to imitate the role of a neurotransmitter."

"Grown in lands far from their origins, opium, tobacco, tea, and coffee have had a dramatic effect on local populations and on those people who have cultivated these plants. In many cases the ecology of these regions changed dramatically as native flora were destroyed to make way for acres of poppies, fields of tobacco, and verdant hillsides covered with tea bushes or coffee trees. The alkaloid molecules in these plants have spurred trade, generated fortunes, fueled wars, propped up governments, funded coups, and enslaved millions—all because of our eternal craving for a quick chemical fix." 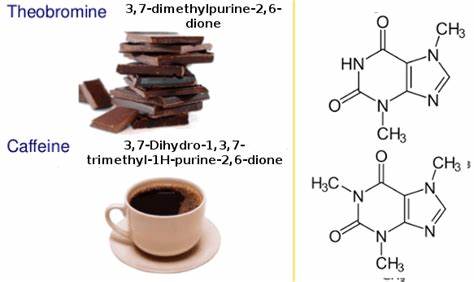