... in which we learn about aspirin, sulfa-drugs and some antibiotics. 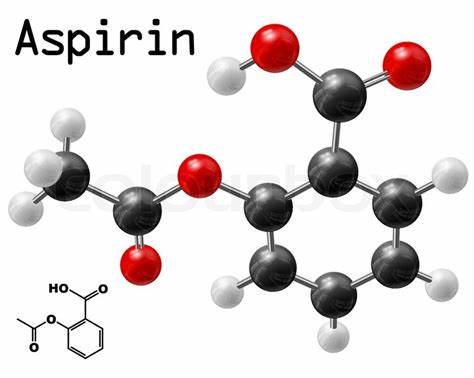 "As the popularity of aspirin increased, the natural sources from which salicylic acid was produced—meadowsweet and willow—were no longer sufficient to satisfy world demand. A new synthetic method using the phenol molecule as the starting material was introduced. Aspirin sales soared; during World War I the American subsidiary of the original Bayer company purchased as much phenol as possible from both national and international sources in order to guarantee an adequate supply for the manufacture of aspirin. The countries that supplied Bayer with phenol thus had reduced capacity to make picric acid (trinitrophenol), an explosive also prepared from this same starting material.  What effect this may have had on the course of World War I we can only speculate, but aspirin production may have reduced reliance on picric acid for munitions and hastened the development of TNT-based explosives."

"In the early 1930s Gerhard Dogmak, a doctor working with the IG Farben research group, decided to use a dye called prontosil red to treat his daughter, who was desperately ill with a streptococcal infection contracted from a simple pinprick. He had been experimenting with prontosil red at the IG Farben laboratory, and though it had shown no activity against bacteria grown in laboratory cultures, it did inhibit the growth of streptococci in laboratory mice. No doubt deciding he had nothing to lose, Dogmak gave his daughter an oral dose of the still-experimental dye. Her recovery was fast and complete.

It was at first assumed that the dye action—the actual staining of the cells—was responsible for the antibacterial properties of prontosil red. But researchers soon realized that antibacterial effects had nothing to do with dye action. In the human body the prontosil red molecule breaks down to produce sulfanilamide, and it is the sulfanilamide that has the antibiotic effect."

In the old days, living with a chemist was hazardous to one's health.  Either the kitchen gets used as a lab with the resultant explosions, fire-hazards and food contamination, or the humans become guinea pigs!