"THE AGE OF DISCOVERY was fueled by molecules of the spice trade, but it was the lack of another, quite different molecule that almost ended it.  Over 90 percent of his crew didn’t survive Magellan’s 1519-1522 circumnavigation of the world—in large part due to scurvy, a devastating disease caused by a deficiency of the ascorbic acid molecule, dietary vitamin C."

Chapter 2 takes a look at scurvy, shipboard diet, the shoddy implementation of the cure for scurvy on ships, the discovery of Vitamin C or ascorbic acid, the importance of Vitamin C in the human body, and the industrial manufacture of ascorbic acid.

"James Cook of the British Royal Navy was the first ship’s captain to ensure that his crews remained scurvy free. A healthy, well-functioning crew was essential for Cook to accomplish what he did on his voyages:  the discovery of the Hawaiian Islands and the Great Barrier Reef, the first circumnavigation of New Zealand, the first charting of the coast of the Pacific Northwest, and first crossing of the Antarctic Circle."

A random interesting fact:  Vitamin C is necessary for collagen and thus scar production.  Lack of Vitamin C or scurvy can result in scar tissue being reabsorbed by the body, thus opening old wounds.  Something to think about if you have had major surgery. 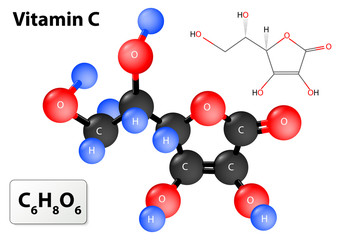