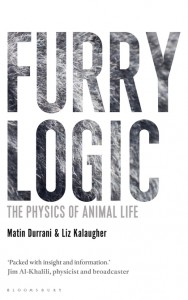 "So how do they do it? Researchers aren’t entirely sure. The African elephant definitely picks up seismic sound waves through the dense cushion of fat in its feet. Then it senses these vibrations either with its ears or with pressure sensors. It could even deploy both techniques – the jury’s still out. If an elephant uses its ears to detect seismic sound through ‘bone conduction’, that might be why it freezes, leans forward and presses its front feet onto the ground. In this posture, the elephant’s legs lie right below its head, transmitting the seismic vibrations directly from its feet through its leg bones to its ears, where they shake the malleus bone of the middle ear back and forth. The other – or maybe the additional – way an elephant may hear seismic waves is through sensors in the front and back of its foot that detect tiny changes in pressure and send nerve signals to the brain. They’re known as Pacinian corpuscles after nineteenth-century Italian anatomist Filippo Pacini (1812–1883), who found them in human skin, and could explain why elephants ‘listening’ for seismic signals lean forward onto their toes or rock back onto their heels. ‘This would always happen before another family group of elephants or even a vehicle arrived,’ O’Connell explains. An elephant may also feel the ground with the tip of its trunk, which contains Pacinian corpuscles too. Either of these detection methods – ears or Pacinian corpuscles – accounts for elephants leaning forward. But why lift a foot off the ground? It seems an odd move for an elephant ‘listening’ out for danger. If you pick up seismic waves with your feet, surely it makes sense to plant all four squarely on the ground? But according to O’Connell, raising one foot puts more weight on the others, helping them pick up vibrations from the ground. And having three feet in place rather than four could make it easier for the elephant to work out where the sound is coming from using triangulation – a clever technique we’ll return to later. " 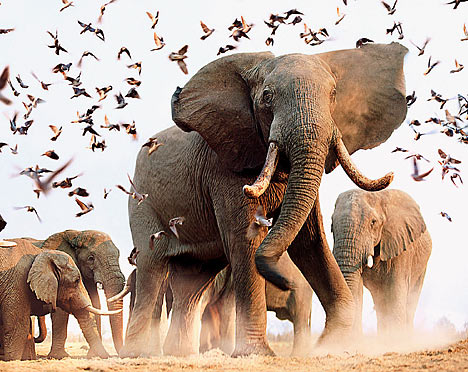