The Wolf Within by Bryan Sykes TITLE:  The Wolf Within:  The Astonishing Evolution of the Wolf into Man's Best Friend

"The genetic history of the dog is a sensational example of the co-evolution of two species, man and wolf, to each other’s mutual benefit. But how did this ancient partnership begin? To answer this question, Professor Bryan Sykes identifies tantalising clues in the recently mapped genetic makeup of both species.

Sykes paints a vivid picture of the dog as an ancient and essential ally. While undoubtedly it was the mastery of fire, language and agriculture that propelled Homo sapiens from a scarce, medium-sized primate to the position we enjoy today, Sykes crucially credits a fourth element for this success: the transformation of the wolf into the multi-purpose helpmate that is the dog. Drawing upon archaeology, history and genetics, Sykes shows how humans evolved to become the dominant species on Earth, but only with the help of our canine companions."

An interesting history of dog evolution, focusing on the genetic aspects of dogs and wolves.  Sykes doesn't only deal with genetics, but also takes into account fossil evidence and zoological studies.  The stucture of the book is a bit erratic, and the chapter of interviews with dog owners is rather out of place, but on the whole the book is interesting in terms of the origin and evolution of dogs and the various dog breeds.  The book is written in a conversational style with minimal use of jargon.  I just wish there had been more details to go with the science bits.

~ Domesticated: Evolution in a Man-Made World by Richard C. Francis
~ A Dog in the Cave: The Wolves Who Made Us Human by Kay Frydenborg 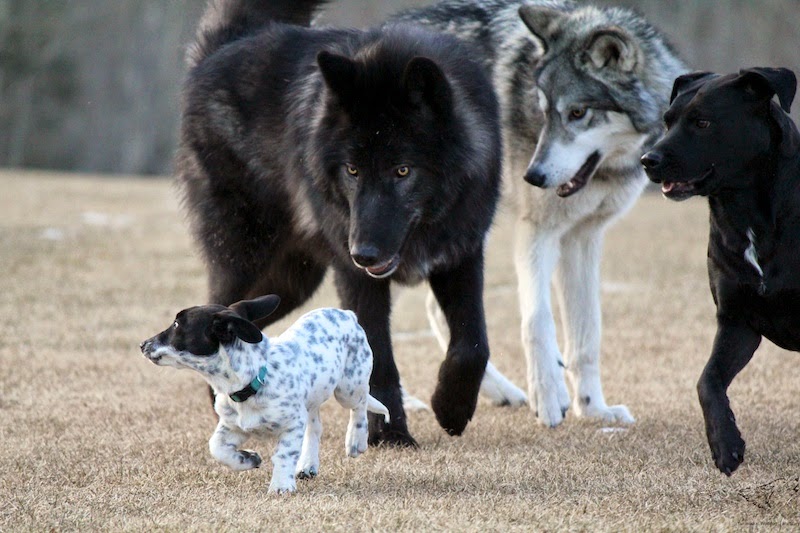