The Hidden History of Elves and Dwarfs by Claude Lecouteux TITLE:   The Hidden History of Elves and Dwarfs:  Avatars of Invisible Realms

"A comprehensive examination of the intertwined mythology, folklore, and literary history of the little people

• Reveals the role the church played in changing them from fearless, shape-shifting warriors with magical powers into cheerful helpmates and cute garden gnomes

Most people are familiar with the popular image of elves as Santa’s helpers and dwarfs as little bearded men wearing red caps, who are mischievous and playful, helpful and sly, industrious and dexterous. But their roots go far deeper than their appearance in fairy tales and popular stories. Elves and dwarfs are survivors of a much older belief system that predates Christianity and was widespread throughout Western Europe.

Sharing his extensive analysis of Germanic and Norse legends, as well as Roman, Celtic, and medieval literature, Claude Lecouteux explores the ancient, intertwined history of dwarfs and elves. He reveals how both were once peoples who lived in wild regions as keepers of the secrets of nature. They were able to change their size at will and had superhuman strength and healing powers. They were excellent smiths, crafting swords that nothing could dull as well as magical jewelry, and often entered into the service of lords or heroes. They were a part of the everyday life of our ancestors before they were transformed by fairy tales and church texts into the mythical creatures we know today.

Lecouteux shows how, in earlier folklore, elves and dwarfs were interchangeable, gradually evolving over time to express very different kinds of beings. “Dwarf,” “giant,” and even “elf” did not necessarily connote size but referred to races with different skills. Elves were more ethereal, offering protection and kindness, while dwarfs reflected a more corporeal form of spirit, often appearing as messengers from the underworld. Yet dwarfs and elves could be bargained with, and our ancestors would leave a broken object outside the door at night with the hope that a dwarf or elf (or other local spirit) would repair it.

Revealing the true roots of these helpful and powerful beings, including an in-depth exploration of one of the most famous dwarf/elf/fairy beings of the Middle Ages, Auberon or Oberon, also known as Alberich, Lecouteux shows how the magic of dwarfs and elves can be rekindled if we recognize their signs and invite them back into our world."

The Hidden History of Elves and Dwarves takes a scholarly look at the changing nature of elves and dwarves in NEurope.  The book is informative and interesting, making a nice addition to the Ancestral Lore and Practices collection by the same author. 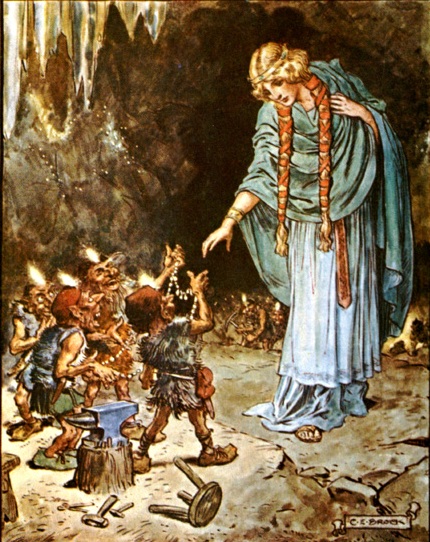