Derinkuyu today is a small town of about 10,000 people, and everyone lives where they can easily see the sky every day. Yet at one time a population twice that lived underground. The Derinkuyu underground city is the deepest known in the region of Cappadocia, plumbing depths of about 85 meters (280 feet), with five levels between the surface and its deepest parts, all carved out of the rock using nothing more than hand tools and people power. According to archaeologists and historians, this city might have been started well before Christians moved into the area, perhaps as long ago as when the Hittites were there, which was 3,000–5,000 years ago.

Other than living chambers, what else would the inhabitants of a city need to stay happy and healthy while working for extended times underground? Wine and olive oil, of course. For Derinkuyu, this meant creating rooms for pressing grapes and olives, as well as wineries for fermenting grapes. Also needed were food- and water-storage (cistern) areas, kitchens, stables for domestic animals, schoolrooms, and places for worship, with religions depending on who was living there at the time. For air circulation, a 55-meter (180-foot) deep ventilation shaft connected to the surface, and thousands of ventilation ducts emanated from this shaft, ensuring that chambers received air from the outside world. Rather than relying on wells—which could easily be poisoned or otherwise sabotaged at the surface by enemies—water was channeled from groundwater and through subsurface conduits. In a seasonally wet-dry climate, it made sense to tap into this underground water supply, instead of relying on ephemeral surface-water sources. For further comfort, linseed-oil lamps illuminated the darkness, with the oil coming from locally grown plants (species of Linum and Eruca). A room or two devoted to pressing plant seeds for their oils was helpful for keeping the lights on.

Although many passageways in Derinkuyu were narrow (more on that soon), some of the horizontal tunnels past these stairways opened up into veritable highways. Such widened corridors were used for moving livestock to and from stables. These were sensibly constructed on the first level, as even the most domesticated of animals would have resisted descending too far into the earth. Chambers connected by tunnels also ranged from the size of a Tokyo efficiency apartment to that of a spacious ballroom. These big rooms were held up by pillars, which were simply fashioned out of the stone. Small, embossed rectangular alcoves held oil lamps, which provided light at all levels. All in all, these functional spaces added up to a self-sufficient and relatively sustainable environment for its inhabitants.

Access to multiple levels and chambers in this underground complex was accomplished by shaping inclined stairways from the stone and long horizontal passageways, respectively. Both types of routes vary considerably in width and height, but most of the stairwells are tight, barely accommodating one person at a time. These were also short enough that the average-height people of today have to stoop to prevent unwanted rock–head collisions. However, the claustrophobic character of these stairways was not a flaw, but a feature, as they were designed for defense. 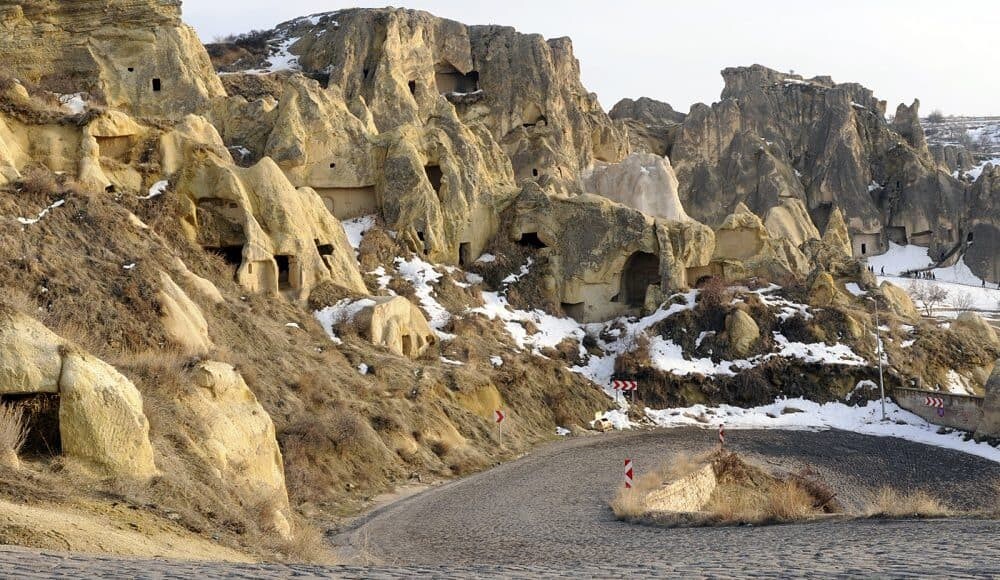 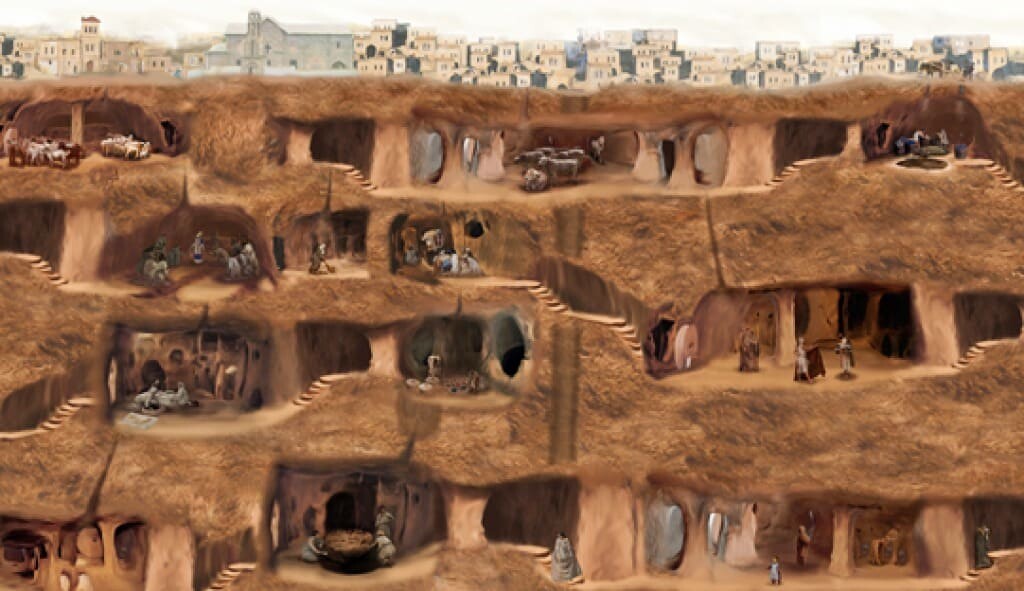