"We’re off on a trip of our own to the Furry Logic summer picnic. Choosing a shady spot on the lawns overlooking the historic hall, we lay down a blanket, get out the cheese sandwiches, open a huge bag of crisps (we’re so classy), pour some tea and unpack our pièce de résistance – home-made scones, clotted cream and strawberry jam. Perfect.

Unfortunately, we’re not alone. Wasps have arrived. First one, then another, then a third, darting madly around us in search of a sugary treat. We try to shoo off the beasts but it’s no use. More wasps turn up. One’s crawling over the jam. Another’s landed in the cream. The wasps are a complete (insert your own expletive) nuisance. Leaping up we tread backwards into a sandwich, knock over the tea and flail furiously about. With more wasps buzzing round our heads, it’s time for plan B: shove everything back into the picnic hamper and dash for the car.

Wasps are one of the most unpopular animals on the planet. They have few fans and many enemies, but it turns out wasps (or at least some of them) are masters of electricity and expert at quantum mechanics. Before we explain how, let’s make a case for their defence. First, without these yellow-and-black striped creatures, we’d be knee-deep in aphids and black fly. If you’re a keen gardener, you can thank your local wasps for devouring these insects and keeping your cabbages in good nick. Second, many species are social creatures that live in giant colonies and have just one aim: to bring food back to their nests. They’ll attack only if provoked or if they see a sudden movement, which is why swiping at one with a rolled-up newspaper is a bad idea. And here’s a tip: if you’re near a wasp’s nest, stay still. Creating a disturbance encourages the wasps to rush out to see what’s going on. If anything, wasps are more concerned about intruder wasps entering their colony. Should that happen, the inmates circle the outsider, before leaping on the enemy, chewing its wings off and stinging it to death. So it’s not about you, it’s them." 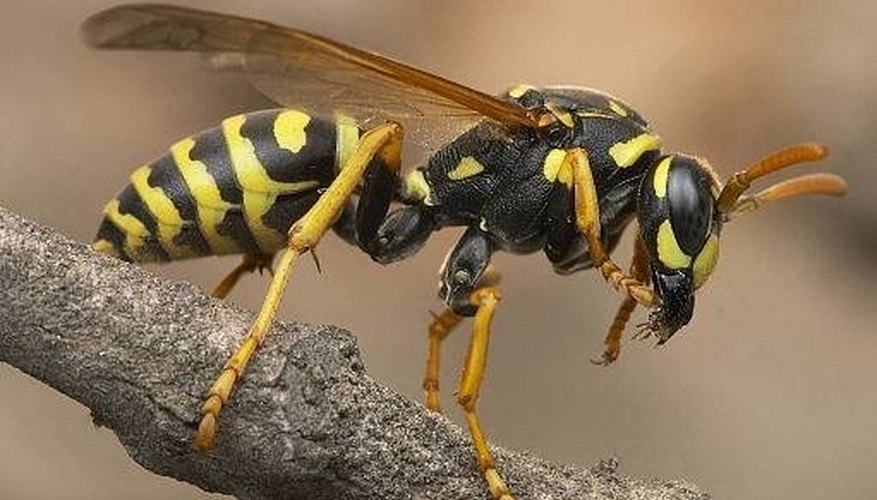