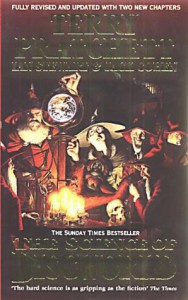 TITLE:  The Science of Discworld

"When a wizardly experiment goes adrift, the wizards of Unseen University find themselves with a pocket universe on their hands: Roundworld, where neither magic nor common sense seems to stand a chance against logic.  The Universe, of course, is our own.  And Roundworld is Earth.  As the wizards watch their accidental creation grow, we follow the story of our universe from the primal singularity of the Big Bang to the Internet and beyond.  Through this original Terry Pratchett story (with intervening chapters from Cohen and Stewart) we discover how puny and insignificant individual lives are against a cosmic backdrop of creation and disaster.  Yet, paradoxically, we see how the richness of a universe based on rules, has led to a complex world and at least one species that tried to get a grip of what was going on."

I found this book to be entertaining and the science bits to be accurate (for what is provided) with pithy observations and witty sentences.  However, the science is a rather basic summary in a somewhat erratic order of the creation of the universe and evolution on planet earth.  I started to get a bit bored with the science chapters, though this is possibly due to having read too many books about the universe and evolution to get  excited about a repeat.  The alternate chapters that deal with the Wizards of Unseen University get more amusing as the book progresses, especially after Rincewind, the Luggage and the Librarian (Ook!) make an appearance.  There is nothing like a wizardly outside commentary of Roundworld to show us how crazy life on Earth really is.

This was a fun read.  I highly recommend this book to fans of Terry Pratchett's Discworld novels, especially those who aren't too clued up about general science.  The alternate science and fantasy chapters of this book might even appeal to younger school children and encouraging an interest in reading and science.

NOTE:  This books was read as part of the Rogue Flat Book Society Buddy Read for December 2017 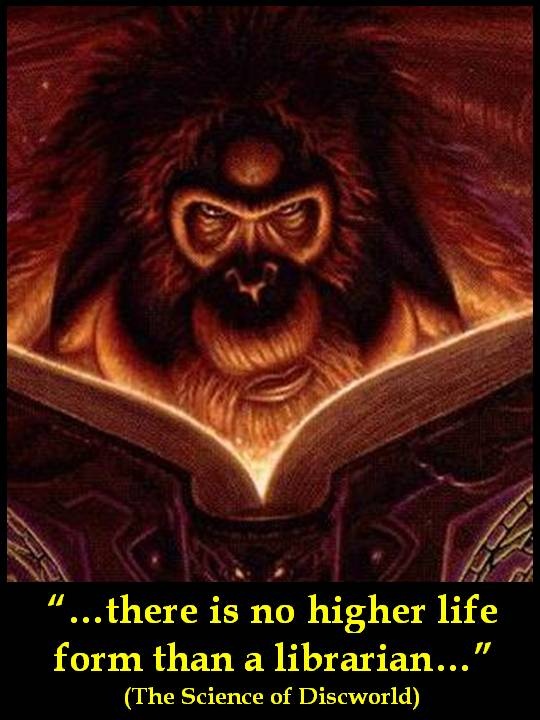