Planet of the Bugs by Scott Richard Shaw TITLE:  Planet of the Bugs:  Evolution and the Rise of Insects

"Earth is a very buggy planet."

"Whether or not they rule the planet, insects certainly have largely overrun it."

Planet of the Bugs is an interesting look at the evolution and rise of insects from the Cambrian to the present day.  Professor Shaw details the roles that arthropods, and more specifically insects, have played in evolution and how these creatures affected the evolution of plants and other animal species.  He takes a look at why oil was was only formed during the Carboniferous era?  Why dinosaurs grew wings (to catch insects!)?  Why insects don't live in the ocean?  Why the age of fishes is a misnomer?  I also found the author's "Buggy Universe Hypothesis" rather interesting.

"If humans were to suddenly become extinct, the living conditions for most species would be greatly improved with only a few exceptions, such as human body lice and crab lice.  On the other hand, if all the insects became extinct, in the works of Edward O. Wilson, [...], 'the terrestrial environment would collapse into chaos'. "

"Human civilizations have only recently developed over the last several thousand years.  Insects have successfully co-evolved with terrestrial ecosystems over the last four hundred million years.  They are ecologically essential as scavengers, nutrient recyclers, and soil producers, feeding on and utilizing virtually every kind of imaginable organic material.  Six-legged detritivores consume dead plants, dead animals, and animal droppings, greatly increasing the rates at which these materials biodegrade.  Insects, as both predators and parasitoids, are keystone organisms that feed upon and reduce populations of other kinds of plant-feeding and scavenging insects."

The book is easy to read but makes extensive use of scientific insect terminology, so if that bothers you, this is not a book for you.  This book includes numerous black and white, as well as colour photographs of insects.  It is however, missing a timeline and family tree diagrams.  Despite its faults, this book provides food for thought and a different perspective on the story of evolution. 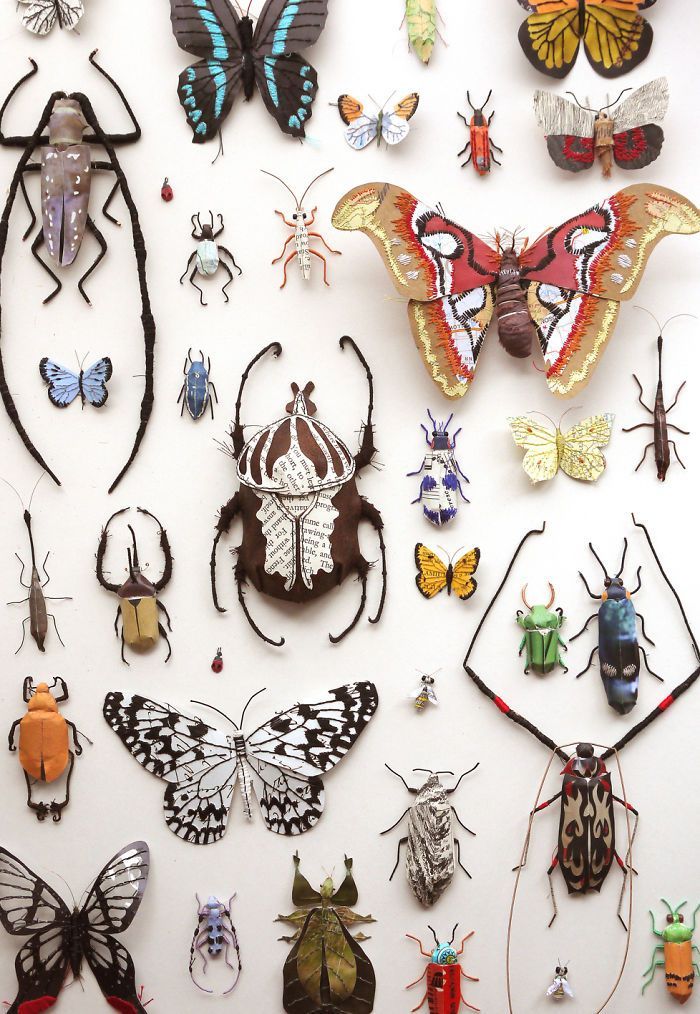