"Vicki Nelson, formerly of Toronto’s homicide unit and now a private detective, witnesses the first of many vicious attacks that are now plaguing the city of Toronto. As death follows unspeakable death, Vicki is forced to renew her tempestuous relationship with her former partner, Mike Celluci, to stop these forces of dark magic—along with another, unexpected ally…

Henry Fitzroy, the illegitimate son of King Henry VIII, has learned over the course of his long life how to blend with humans, how to deny the call for blood in his veins. Without him, Vicki and Mike would not survive the ancient force of chaos that has been unleashed upon the world—but in doing so, his identity may be exposed, and his life forfeit."

I picked this up as something lighter to read than a science book.  Blood Price is a humorous an entertaining urban fantasy novel that somehow manages to be different despite the vampires and demons.  The characters are well written with strong personalities and the plot is decent.  It's nice to read an urban fantasy novel that doesn't revolve around sex and love triangles.

Apparently there is a TV series based on this set of books as well.  I might have to track it down. 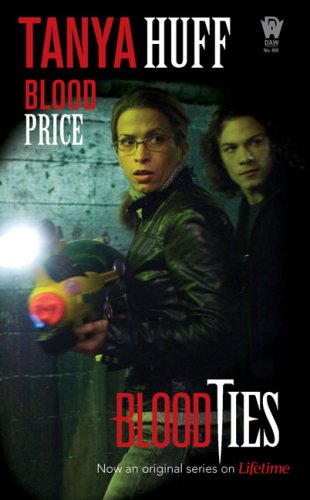