Magicians of the Gods: The Forgotten Wisdom of Earth's Lost Civilisation - The Sequel to Fingerprints of the Gods 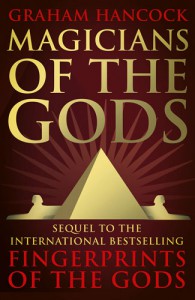 Graham Hancock discusses new evidence for an ancient lost civilization and the disaster that led to its end. Better than I thought it would be. This new book does not re-hash information discussed in detail in previous books, but includes mostly new information with references to his old books if you need more detail. So even if you have read all his other book, read this one too. There is more information, especially of the reputed scientific variety, and almost no irrelevant personal travelogue stories. Not as "way out there" as most hypotheses. Large variety of illustrations, photo plates and references.